With the election around the corner, the next chapter of American politics has begun. The Spectator’s Americano podcast provides in-depth discussions with the nation’s leading pundits. Freddy Gray and Tom Friedman have assembled some of the most engaging guests in the political world. Listen to their podcast to understand the nuances of US politics. If you want to stay on top of the latest developments, subscribe to this podcast.

While the podcast is not a print magazine, it can be an excellent way to stay up to date with news from the region. This publication is also available online. A number of writers contribute to the blog, and you can subscribe to any or all of them. For instance, you can read about the recent protests in Italy and Holland. You’ll learn what caused them and how you can avoid a similar scenario. The site also provides a free RSS feed to follow new shows that are related to yours. 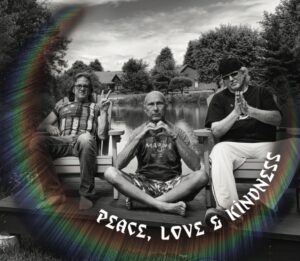 In addition to americana podcast, the magazine also has a website. It’s a digital magazine, and it has no physical presence. However, it does have an app to help you manage your content and a blog to promote it. It can be downloaded from Apple Podcasts or the Spectator’s website. You can also find it on Google Play or Stitcher. While it doesn’t have a print magazine, the website is a fantastic way to discover the latest writing talent and to read some of the most fascinating articles.

Currently, Spectator USA is being run out of the magazine’s London office. It has hired a number of American writers and will continue to explore new talent. Along with the podcast, the site will also feature a new blog, “Cockburn,” which is an American equivalent to the UK’s “Steerpike.” This blog will indulge in Washington, D.C. gossip. Despite the change in name, the show still has a print magazine.

It will be run out of the magazine’s London office, but it will include American writers. In addition, the site will introduce a new blog, “Cockburn,” which is similar to Britain’s “Steerpike,” and indulge in Washington, D.C. gossip. Unlike the British version, Spectator USA is a digital magazine, so it’s not a print publication. It’s a podcast, so it doesn’t matter what format it uses.

Besides Americana, it has been running since 2008. It will be run out of the magazine’s London office, and it will focus on bringing up new writers. It will also include a new blog called “Cockburn”, which is America’s cousin to Britain’s “Steerpike.” It will indulge in Washington, D.C. gossip and satire, and will be a part of Spectator USA.